The previous week we went to Netherlands to show off Active Floor, and the interest and feedback we received was unbelievable!

With the amount of interest for the concept, and with a lot of people visiting the stand, we couldn’t have asked for a better start at the Dutch market.
NOT is a Dutch learning exhibition that lasts for five days, and throughout the week we had people of all sizes and ages on the Floor, everyone from kids and ordinary pupils to teachers and principals. And despite differences in age and size, everyone seemed excited about the Active Floor concept. As we don’t speak Dutch we brought along our Dutch reseller – Ict voor School.
Their main task was explaining the concept of Active Floor to the people who came by. That means explaining the various games, pricing, and the benefits of having Active Floor at institutions and schools.

Among our Dutch reseller was Joep, who is the principle of the Doelakkers School in the southern part of Netherlands, which is the first school in all of Netherlands to have an Active Floor installed.
Besides Joep we had brought a couple of teachers to help us out, and with their professional knowledge and pedagogical and didactic point of view, they could explain to the visitors how Active Floor could be beneficial, and used as more than just entertainment.

How to use the Active Floor as a method of teaching became the most frequently asked question.
Instead of just explaining how, we showed some of the games like “Quiz Ninja”, “Pirate Island”, “Memory”, and “Danger in the Jungle” – especially the latter was a popular game. In all of these games you can edit the content to make it match the curriculum in different grades.

The follow-up question would typically be “how do you change a game, or even make your own and how long does it take?” We would then demonstrate how easy it is to change the content, and how to make your own game. Everybody was very surprised to find out how simple the system and process was.

The pupils loved it!

We asked some ordinary schoolkids what they thought about Active Floor, and how they would feel about having it at their school. The most frequent answer was “that would be fantastic!”

Since returning from Netherland our main focus has been preparing for the Danish education tradeshow ““Læringsfestivalen” in Copenhagen the 1st  and the 2nd  of March 2017. 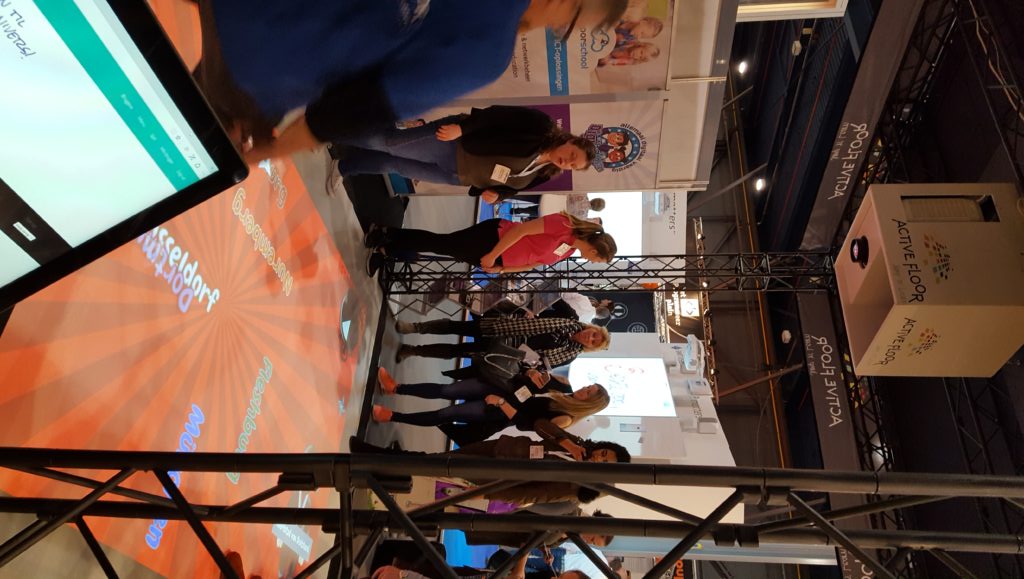 Want to join the discussion?
Feel free to contribute!

Active Floor in Danish hospitals – a haven in a difficult time