Most Interactive at Bett 2019

For the fourth year in a row, ‘Kids Judge Bett’ held their popular award event at the Bett Show in London, the world’s largest education show.

The whole ActiveFloor team was invited to the ‘Bett Arena’ for the awards ceremony – and afterwards, ActiveFloor was lucky enough to leave with an award. This kind of award is given by students and their parents from eight English schools. These eight schools play a part in the judging and exploration of all the stands, exhibitors and their products. From these they choose their favourites across 10 categories. Among these ActiveFloor won the category ‘Best of Bett – Most Interactive’ which was presented by Brian and Michael with the words:

“This stand allowed us to jump around on their interactive floor playing math games. It was really fun!”

Kids Judge Bett is an event organised by Islington Council. It’s an award that really matters to ActiveFloor – because it is exactly the kids who choose the winner. 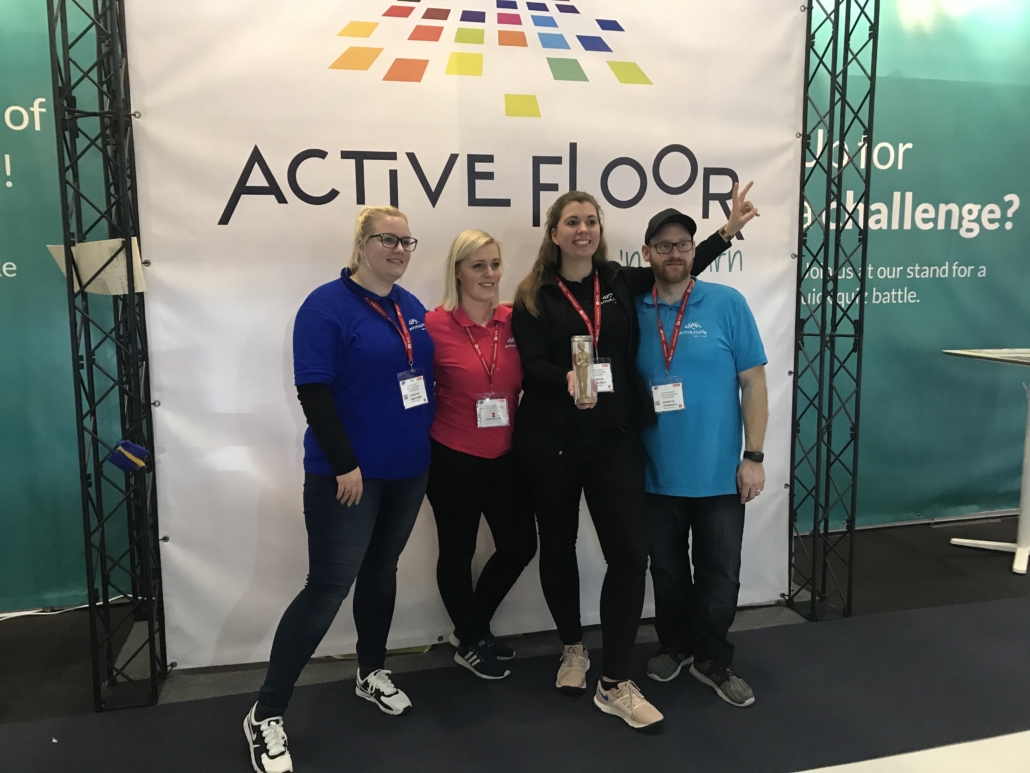